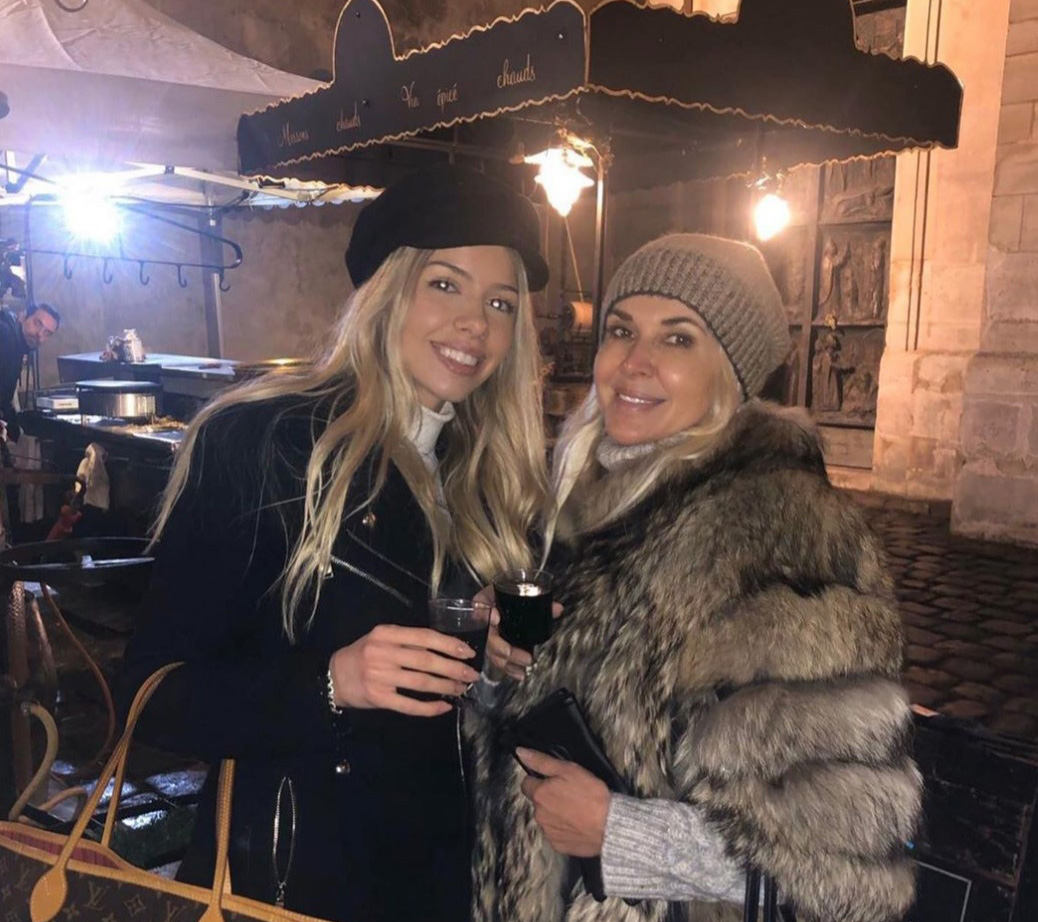 If Paris is a city that is always in fashion, then Montmartre is the heart and soul of the city of light, culture, fashion and love. Although Paris had been blocked by strikes, New Year’s crowds and hundreds of thousands of tourists in recent weeks, and Monmartre was even  more difficult to reach, I did not give up the opportunity to see the entire city from the highest point of the French capital last year. 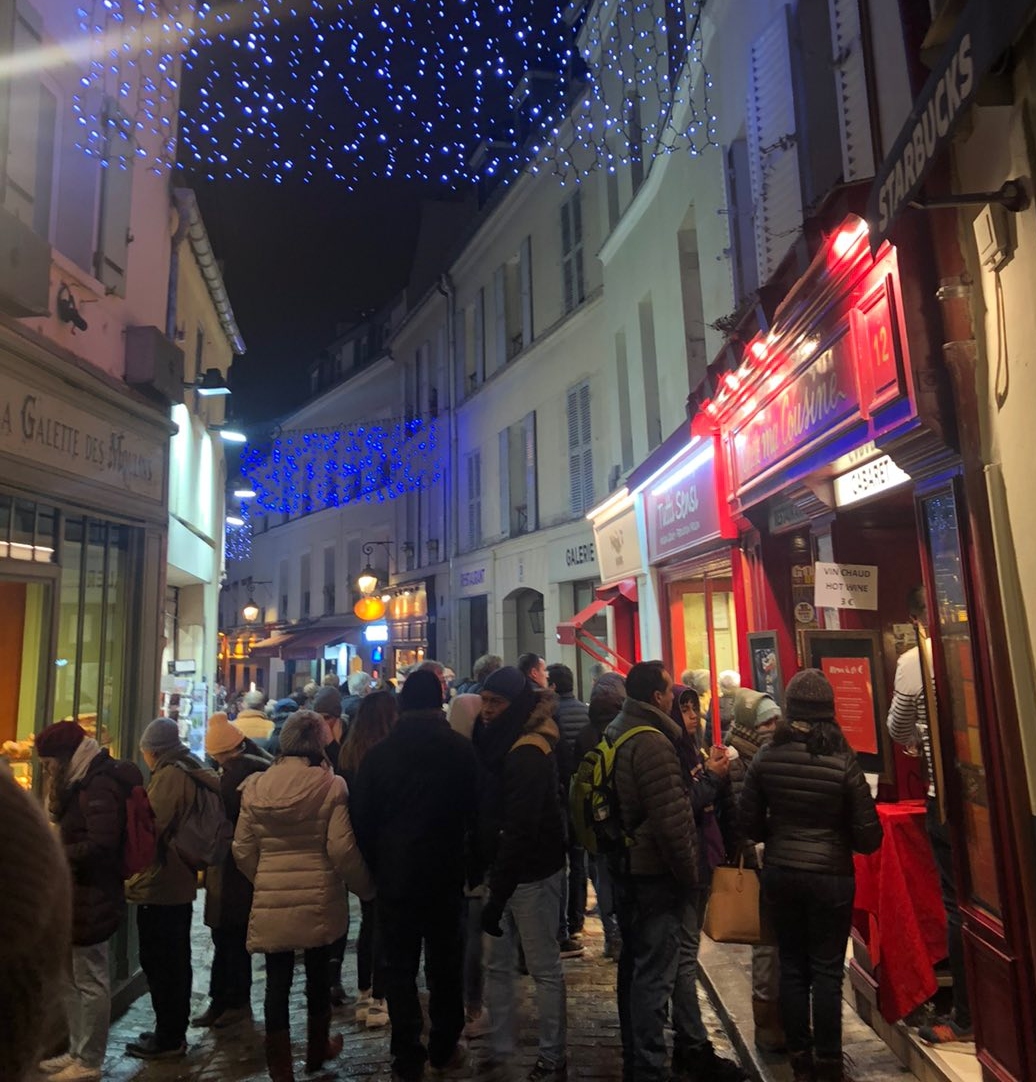 It’s January 1st. Thousands of New Year’s lights shine through the winding streets of Montmartre, crashing down like crowds of tourists. The old houses of this bohemian neighborhood, help preserve the look and spirit of old Paris, with cafes, bars, theaters, galleries, souvenir shops located inside of them…

We drink boiled wine that is abundantly poured on street counters at every corner and eat famous French macaroni cookies. People make toasts, as if they already know each other. Salesmen with oil on canvas paintings, caricaturists, musicians, all that bohemian suite, make it seem as if they don’t sleep at night, which makes you feel the exciting past of this place that is being visited by 12 million tourists every year. Famous artists that used to paint in Montmartre include El Salvador Dali, Claude Monet, Pablo Picasso, Vincent van Gogh, Toulouse Lautrec, Renoir, Jacques Checker, Bonar… 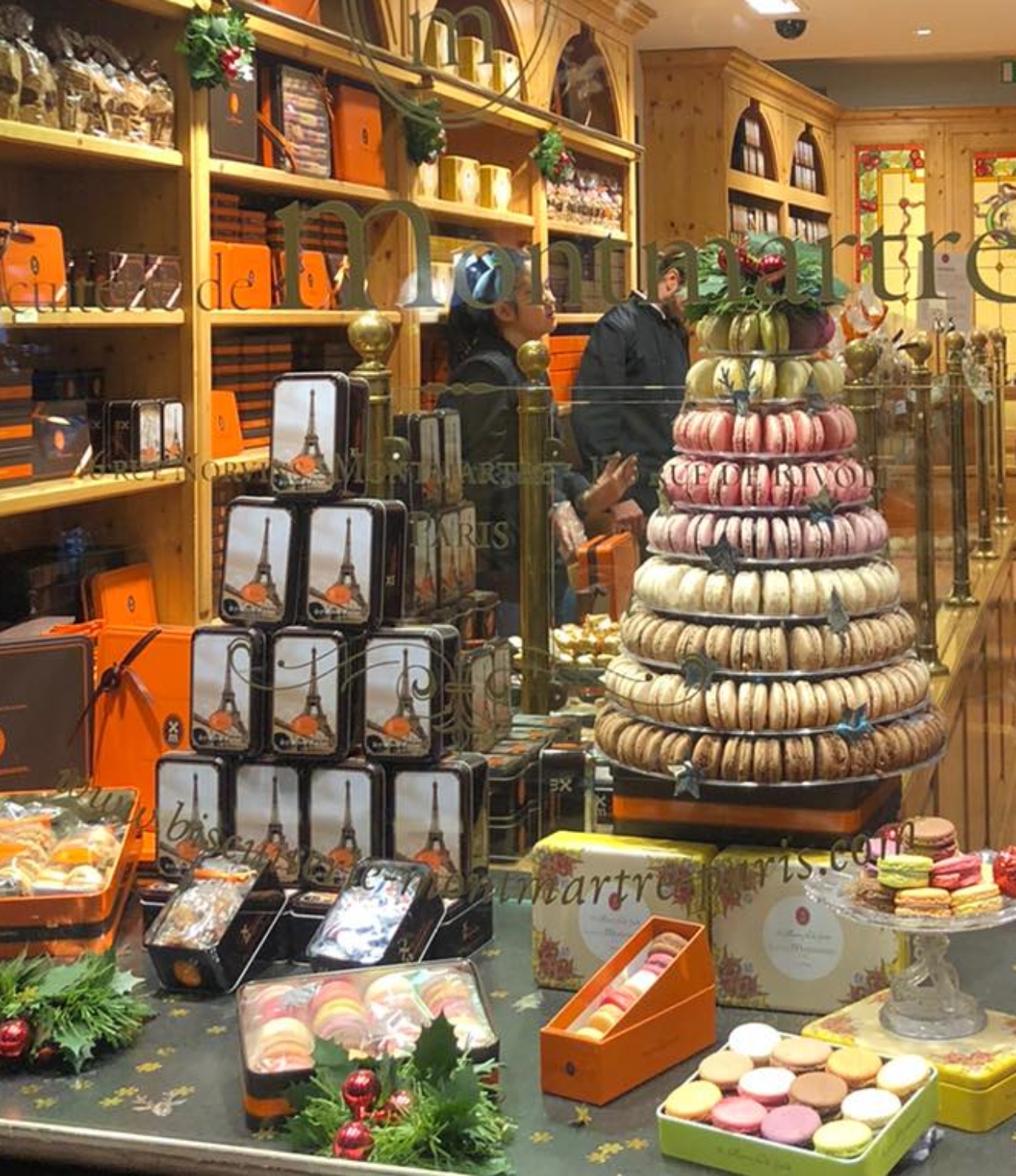 We hear our language quite often because many people from our region live and work here. A Croat tells me that for three decades he has been painting and selling paintings on the cobblestone, where, he says, happiness is as variable as earnings …

Magnificent Paris from the top of the Sacred Heart Basilica

The very name Montmartre means “mountain of the martyrs,” in memory of St. Denis, who was decapitated on a hill in 250 AD. Saint Denis was the ruler of Paris and the patron saint of France. 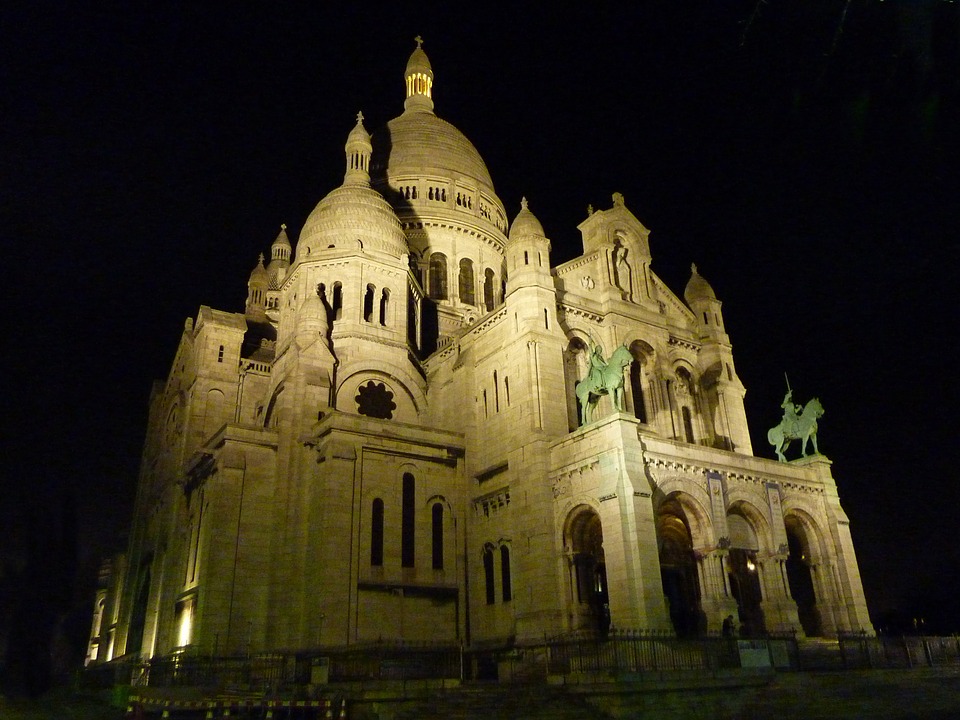 The Sacré-Coeur Basilica (or the Sacred Heart) is located on the top of the hill, of extraordinary architectural beauty. It was built in Roman-Byzantine style, just like the Hagia Sophia in Istanbul and St. Mark’s Church in Venice, in the second half of the 19th century. Only partially illuminated, it casts a huge dark shadow down the chiseled streets of Montmartre, along which a large number of tourists walk to the entrance of the basilica. Inside, in a 203-meter-high dome, is an imposing portrayal of Jesus Christ with outstretched arms, as well as the figures of national heroine Joan of Arc and King Louis IX on the walls. 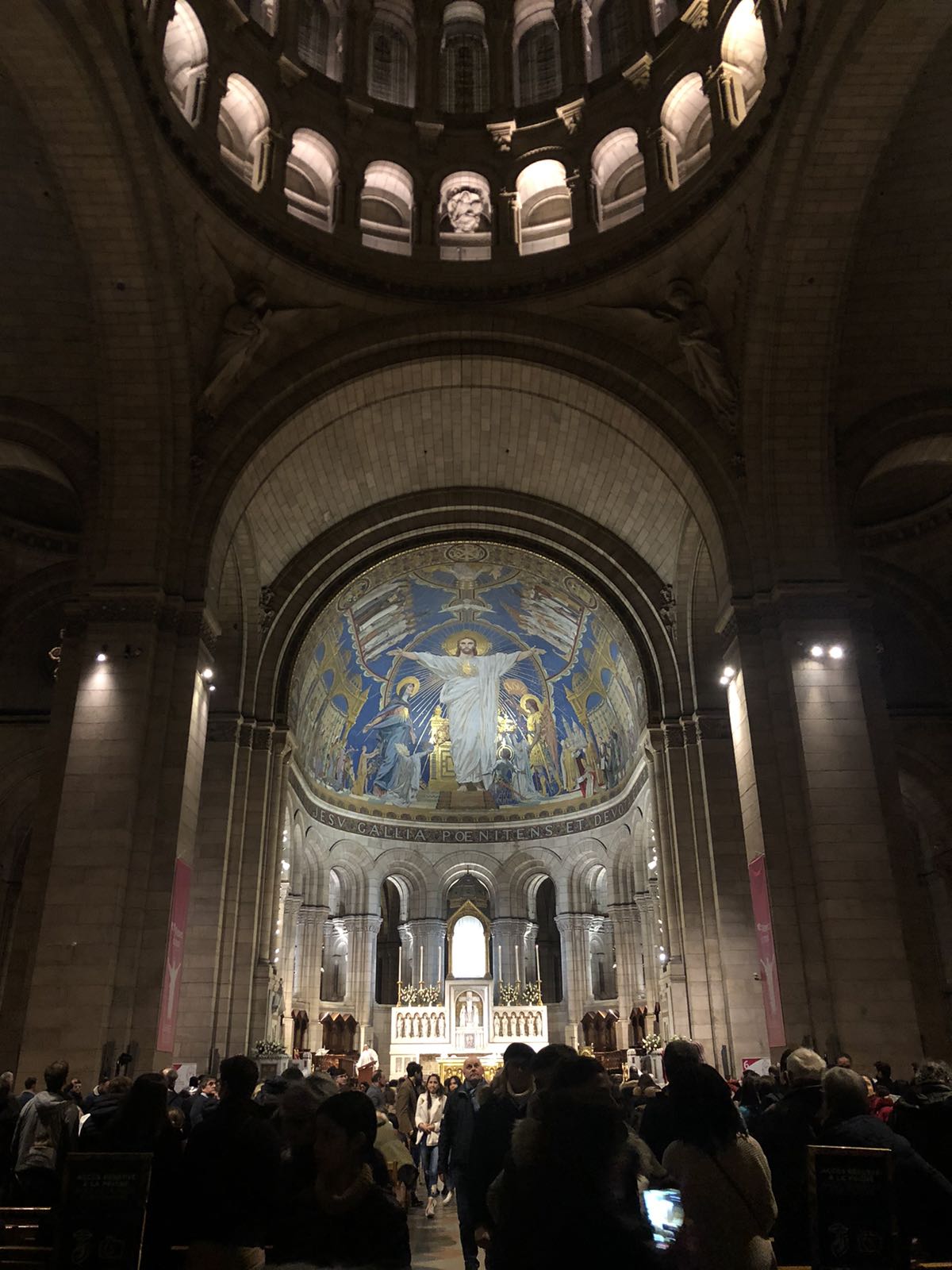 After the Eiffel Tower, the Sacre Coeur is the second highest point of Paris. Exactly 222 stairs lead to the top of the basilica, offering sweeping views of Paris, which sinks into the night, but you can clearly see the Eiffel Tower and millions of New Year’s decorations along the avenues and boulevards.

Whatever it may sound like, one of the most famous tourist destinations is the Montmartre Cemetery, dating back to the 18th century, at the site of a former quarry. It spans across 11 acres and is intersected by streets and avenues. In order not to get lost, at the entrance you will receive a free map of the complex with 20,000 old and new tombs. This is where the greatest names of French culture rest, including the artists who lived and worked at Montmartre.

The most visited is the tomb of Dalida, one of the most important French singers, who had recorded 55 gold records in her lifetime and was the first person to receive a diamond. In 1997, the city of Paris gave her a square in Montmartre and erected a life-size gold-plated monument that is always surrounded by fresh flowers. Painter Edgar Dega, Toulouse Lautrec, Gustav Moro, Heinrich Heine, Alexander Dima, Stendhal, are just some of the famous artists who are buried in the alleys of the cemetery at Montmartre. There is also the empty tomb of one of France’s most famous writers, Emile Zola, whose remains, six years after his death (1908), were transferred to the Pantheon, a cemetery where the most prominent French figures are buried.

The place where Renoir lived

The exciting history of the picturesque neighborhood is preserved in numerous museums. The Museum of the Montmartre (Musee de Montmartre) is located in old houses, surrounded by gardens, which once housed the workshops and ateliers of renowned artists. It is narrated that 14 celebrities lived within the walls of the oldest house on the Montmartre that houses the museum, from French painters Renoir, Bernard and Duffy, to writers Pierre Reverdi and Leon Bloy.

Salvador Dali – a genius with a marvelous mustache

In the heart of Montmartre, located in an area of about 600 square meters, is the Salvador Dali Museum. It is a unique permanent exhibition in France that is entirely dedicated to the master of surrealism and the owner of a marvelous mustache, which marked 20th century painting. The museum houses over fifty Dali sculptures, watercolors and drawings, with disturbingly surreal scenes and mythological ideas that guide you through the eccentric, marvelous, bizarre, dark and ingenious Dali art, as well as the lifestyle of that inimitable painter, who is said to have lived between love, rapture and severe depression, “always on edge, in fear of disappearing.” 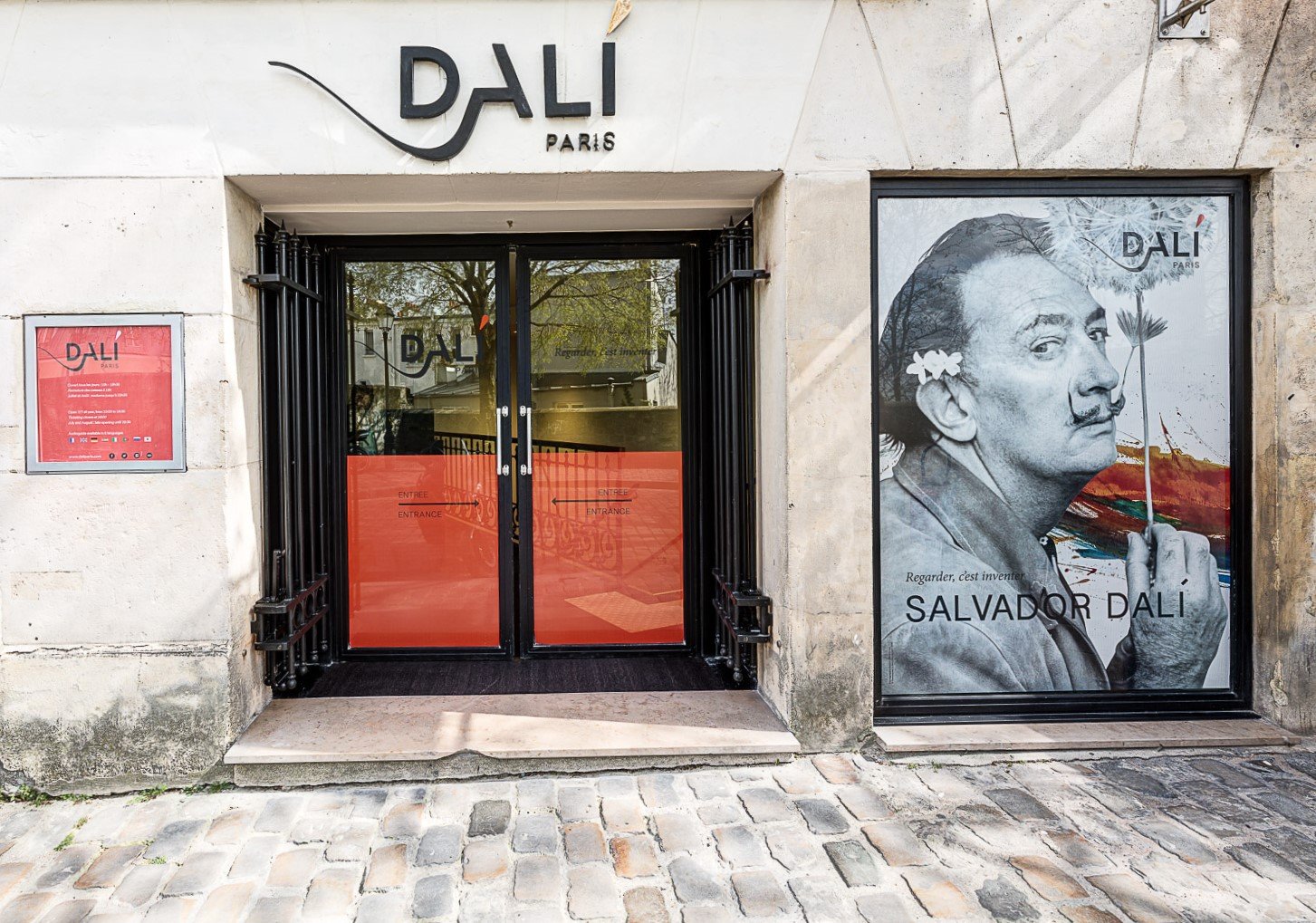