ENJOY THE MARCH SUN ON JAHORINA

Jahorina Olympic Center is inviting skiers to enjoy the March sun and good skiing conditions for only 12 euros a day from March 9th. The snow that had fallen in the previous days further improved skiing conditions and provided an extension of the ski season for at least another 15 days. 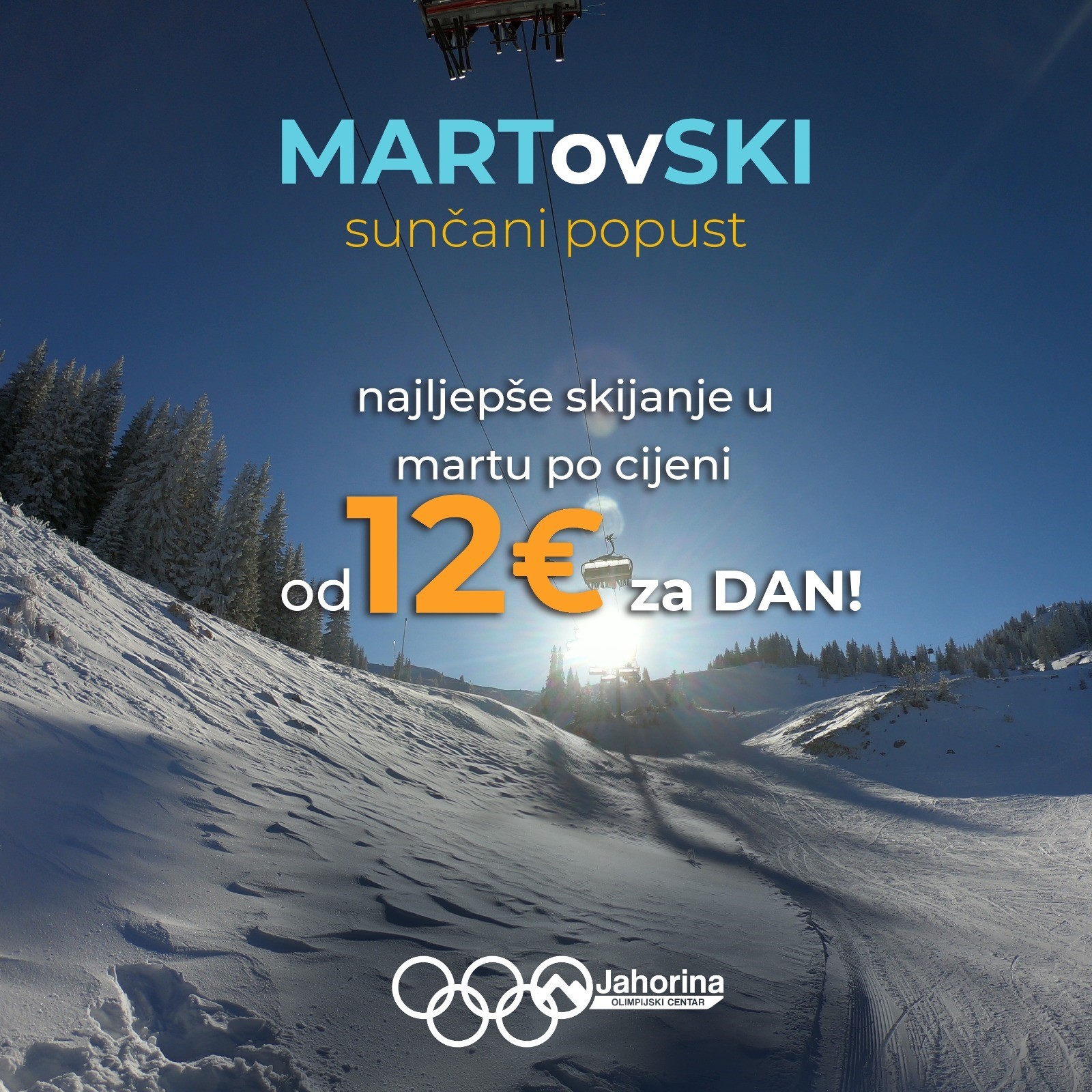 Despite the lack of snowfall, Jahorina has seen a growing trend this season in terms of number of passes, number of skiers and traffic. So far, almost 250,000 skiers have skied, 1,850,000 passes have been made and traffic has exceeded 8,000,000 KM and has increased by almost 30% compared to the previous year, which was the most successful in all parameters. They thanked the skiers for their understanding and support and announced the summer with many new contents.