An event on entrepreneurship “Startup – stand on the line” 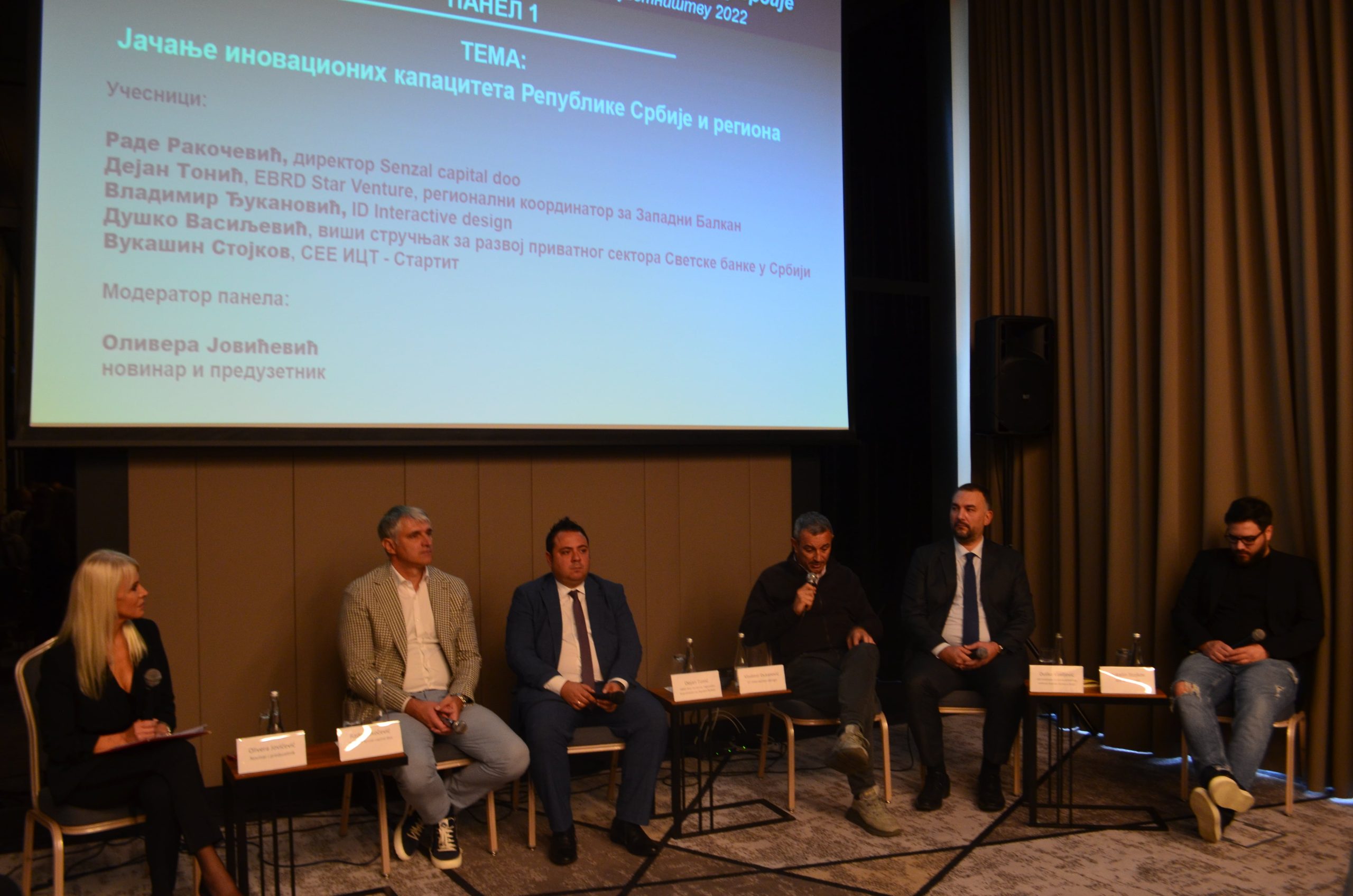 Belgrade, October 21, 2022 – On October 21, a conference on entrepreneurship “Startup – stand on the line” was held at the Hilton Hotel, organized by the association Red Press under the auspices of the Cabinet of the Minister of Innovation and Technological Development in the Government of the Republic of Serbia. This one-day event brought together more than 80 representatives of regional startup centers, entrepreneurs, investors, future startup entrepreneurs, representatives of institutions and the media.

The aim of the event was to connect start-up companies, future entrepreneurs and investors, in order to start new or improve existing businesses with the exchange of information and experiences.

The conference was officially opened by the Minister of Innovation and Technological Development, Nenad Popović, highlighting Serbia’s significant investments in innovation and startups. According to him, about 50% of the products of startups from Serbia are placed on the European Union market, and about 40% on the US market. He also pointed out that about half of the founders of startups in Serbia are young people between the ages of 30 and 39. Popović also pointed out that among the founders of startups in Serbia, about 20% are women, which, he emphasized, is more than six years ago, when that representation was four percent.

In the framework of two panel discussions, the attendees were addressed by, among others, Dejan Tonić, a long-time associate of the European Bank for Reconstruction and Development, Duško Vasiljević, Senior Expert for the Development of the Private Sector of the World Bank in Serbia, and Rade Rakočević, Executive Director of the company “Senzal Capital doo”…

The moderators of the conference were Olivera Jovićević, journalist and entrepreneur, First media group, and Vladimir Stanković, author of the “Biznis Priče” podcast and digital entrepreneur.