VERONA – THE CITY OF ROMEO AND JULIET’S TRAGIC LOVE 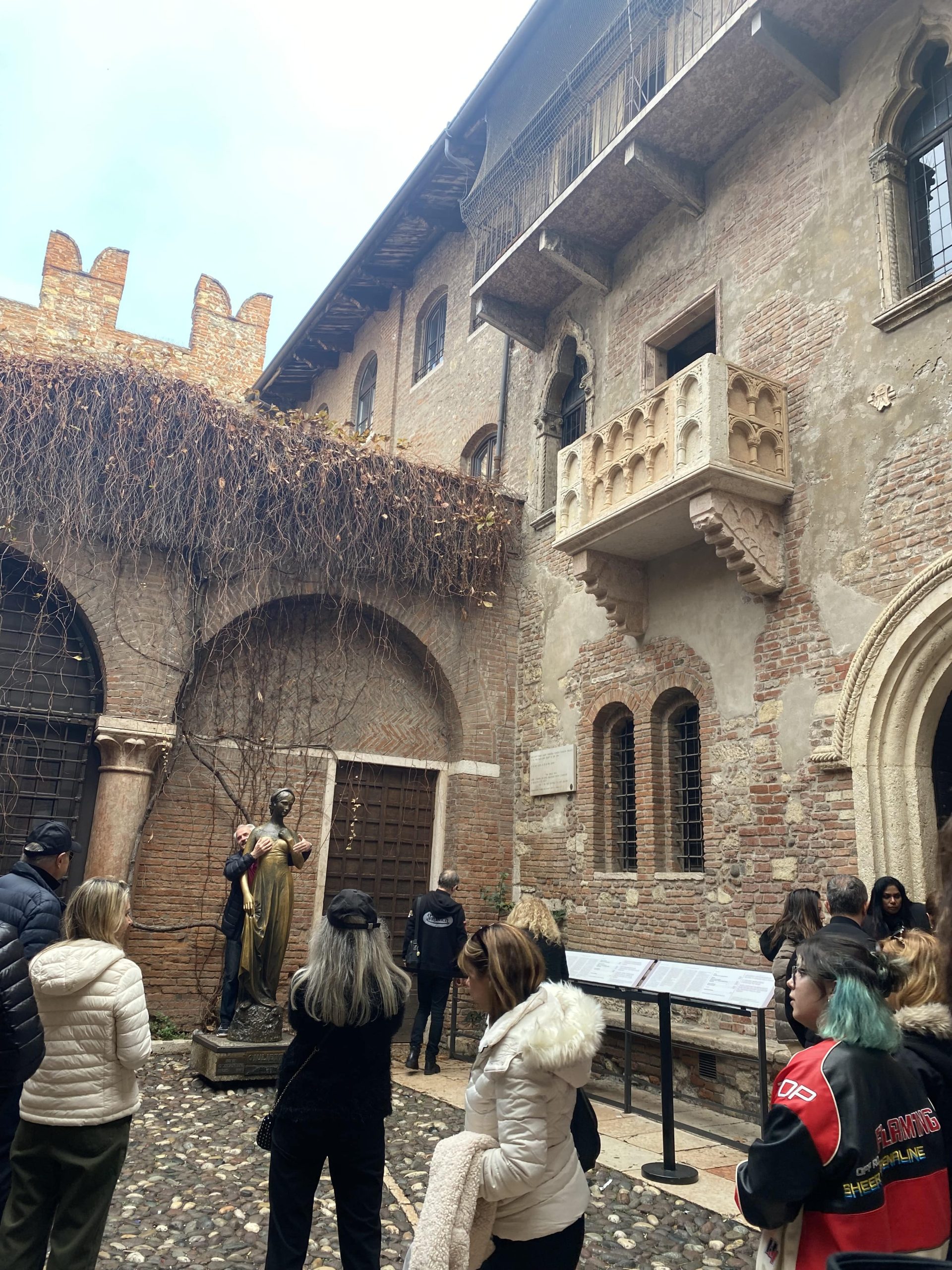 In the north of Italy, often in the shadow of Venice, there is a city with the most famous love story and rich history, her highness – Verona. This is the city where the love between Romeo and Juliet was born, or so it is believed, since in earlier manuscripts the action of this famous Shakespeare tragedy was set in Siena. Although there is no evidence that Romeo and Juliet are real people, this does not prevent thousands of tourists from visiting Verona every day to find true love, comfort for their love woes or just to pay tribute to the most famous eternal and tragic love. 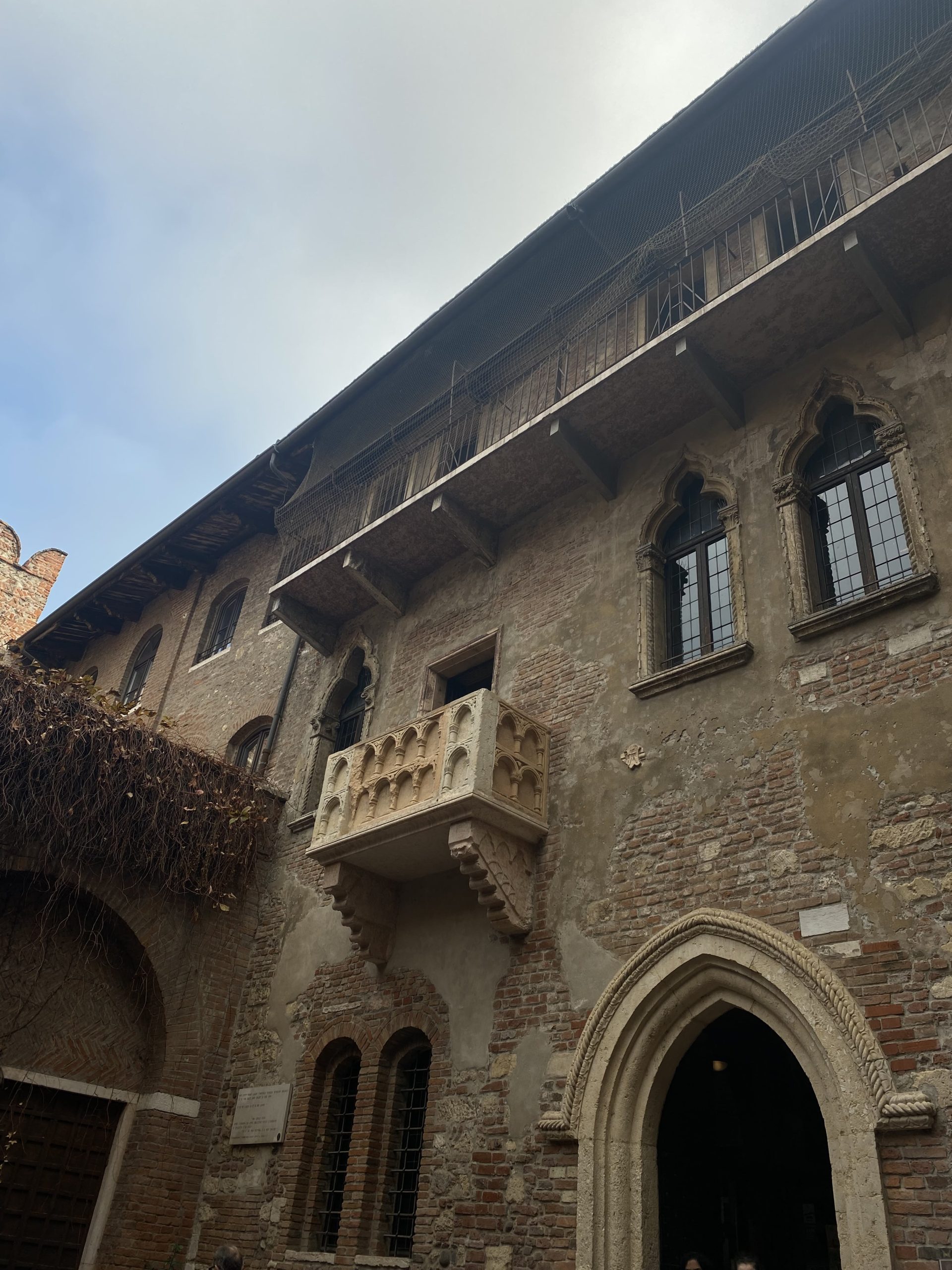 When you go for a walk in the city, you will almost spontaneously and very quickly reach Capello Street, where Juliet Capulet’s house is located at number 23. It was built in the 13th century and belonged, coincidentally or not, to a family with a similar surname, the Capulets, until in 1930 it became the property of the city and was declared the house of the Capulets. The house is reached through a passage on the walls of which are plastered notes and love messages in different languages. Next to it, there are also shops where you can buy souvenirs that most resemble those gifts for Valentine’s Day. Through the passage of the corridor you reach the walled courtyard, in the center of which there is a statue of Julia. The statue represents the half-naked Julia and is made of bronze. Only one part of the statue has a golden glow – it is the chest, which is the result of thousands of touches. It is believed that holding Julia’s breasts brings good luck, and if a girl holds her right hand and a man holds her right breast, they will be together forever. Above the statue there is a balcony from which the famous words of world literature, “O Romeo, why are you Romeo” were spoken. 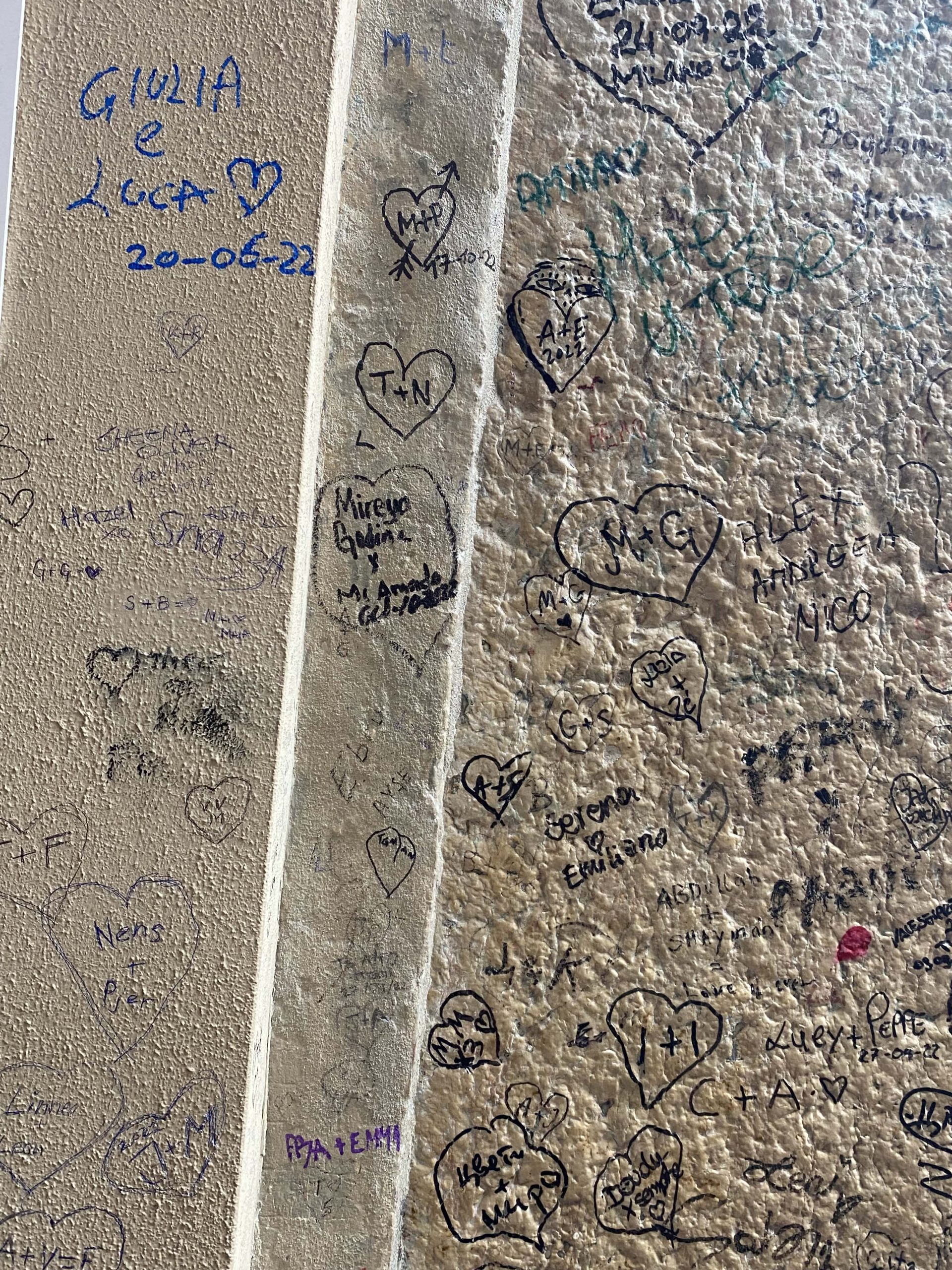 It is interesting that there is no scene with a balcony in the play, and the explanation lies in the fact that the word balcony did not exist at the time of Shakespeare’s writing, and what actually appears in the didascalia is: “Upstairs, at the window, appears Juliet.” Indeed. , the original house did not even have a balcony until 1936 when it was added and most of the house was restored. The interior of the house consists of a display of objects typical of the 14th century in which the action of this play took place. There is Juliet’s bed, which was also used for the filming of the movie about Romeo and Juliet, as well as showcases with costumes from that era. Visiting the yard is free, and entry into the house costs 6 euros. 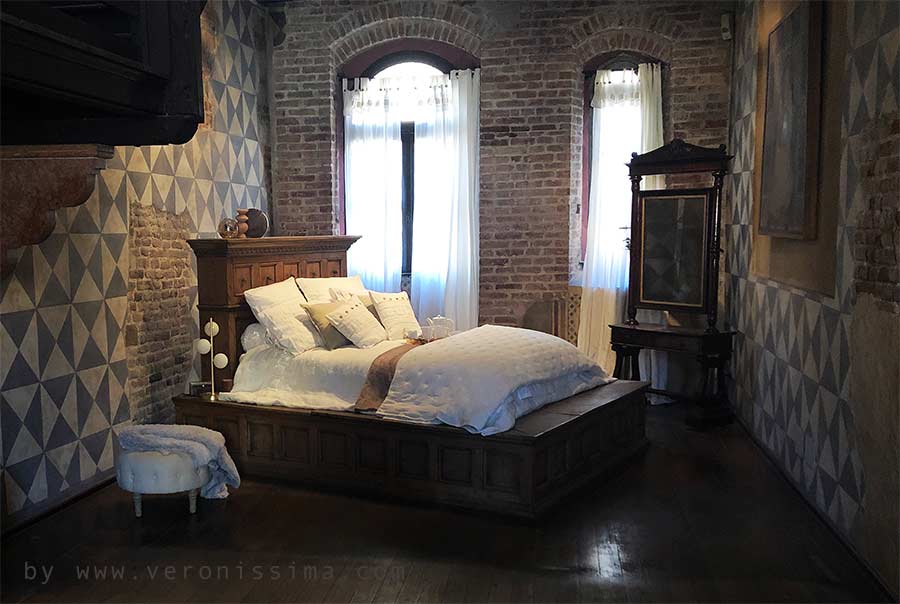 The first wedding here took place in 2010 between the football player of the local club Luca Ceccarelli and his chosen one Irene Lanforti. For those who do not have the opportunity to travel to Verona, there is Julia’s club, which receives thousands of letters from all over the world every year from people who open their souls and ask for advice. The story of sending letters begins in the 1930s, when Ettore Solimani, the keeper of Julia’s tomb, began collecting letters that people left on the grave. Touched by this phenomenon, he began to answer them. Today, a group of volunteers is working hard to give each answer, thus maintaining the faith in love and the hope of finding a soul mate, because even though Juliet and Romeo did not really exist, billions of tourists want to believe in this Shakespearean hoax. They want to believe in love…

Starije objave RECIPE FOR THE PERFECT "THICK PANCAKES"
Novije objave A SYMBOL OF PRIDE AND DIGNITY: THE FLAG OF QATAR HIDES A SPECIAL MEANING