Novak Djoković chose to invest in a gondola, Vrnjačka Banja broke all records in the number of overnight stays 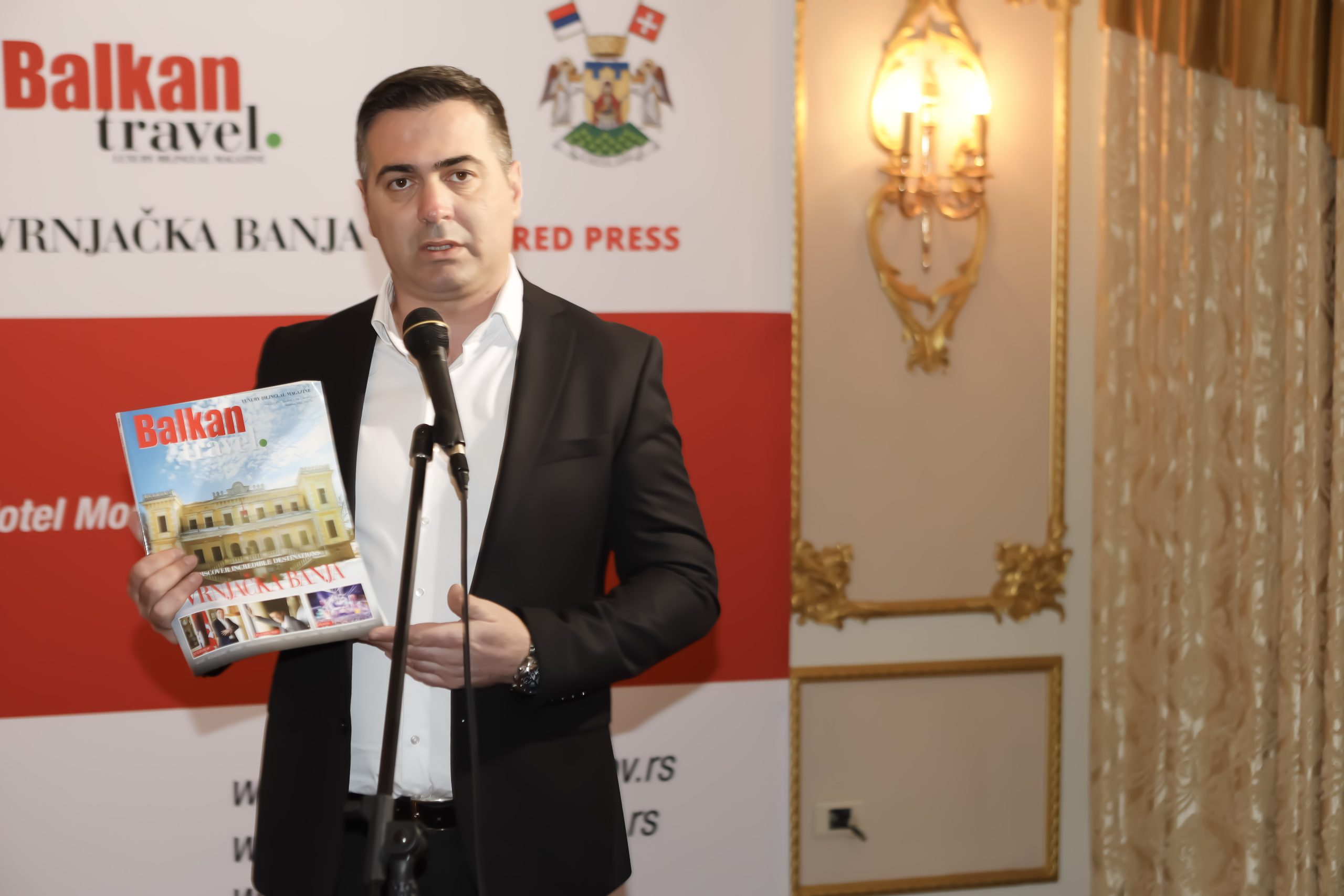 Belgrade, December 15, 2022 – Last night in the crowded hall of the “Moskva” hotel in Belgrade, a promotion was held on the occasion of the New Year issue of the regional magazine Balkan Travel – Vrnjačka Banja. In the presence of a large number of dignitaries from the economic and public life of Serbia, through the content of this luxury edition,  was present the economic and tourist potential of one of the most prestigious tourist destinations in Serbia and the region, which broke all attendance records this year.

The president of the municipality of Vrnjačka Banja, Boban Đurović, who was also the host of the event, announced significant investment projects in 2023 and in the following period in his welcoming speech.

“In the last few years, we have tried and succeeded, together with investors and the people of Banj who love our city, as well as with the Government of the Republic of Serbia, to create a prestigious tourist brand in the Balkans and to make a spa, which was once synonymous with spa tourism, once again let’s return to the throne,” said Đurović.

The head of the municipality expressed the expectation that this year Vrnjačka Banja will achieve an absolute record for spa tourism in Serbia in terms of attendance.

“In the development of the Spa, we have gone further, so we have become a regional center of tourism, which is evidenced first of all by the large investments in Vrnjačka Banja and the large number of overnight stays. This year, we expect to have around one million and four hundred thousand overnight stays, which will make us the absolute record holders of spa tourism in Serbia and almost equal to the most prestigious tourist centers of our country. We are proud that in the last four to five years more than 200 million euros of private investment have been invested in Vrnjačka Banja, which means that the natural potential of our municipality has been recognized in the right way as a place that gathers numerous investors.”

Đurović announced plans and investments for the year 2023, of which he singled out the construction of a gondola that will be 7.1 kilometers long on the route from the center of Vrnjačka Banja to Mount Goč as key. According to him, the project will be the crowning glory of all investments made in Banja so far.

“I will single out several investments that will please both future tourists and us who live in Vrnjačka Banja. Next year will be the year of big investments in Vrnjačka Banja. The key investment is the gondola, on which work will begin in mid-2023, in partnership with the Djokovic family and the already well-known Djokovic brand of the same name. The spa will get a gondola 7.1 kilometers long, from the city center to the highest peak of Mount Goč. It is a regional project, which will represent the crown of all our investments. The gondola will be branded and bear the name of the most famous Serbian athlete, Novak Djokovic, which makes me especially happy.

In 2023, Đurović expects Vrnjačka Banja to become one of the leaders of tourism in the Balkans.

“In 2023, Vrnjačka Banja will get a new tunnel that is being built under Crkveni brdo, as well as a multimedia space that will reflect the history of Vrnjačka Banja.” In partnership with the company Zepter Banja will get a helipad that will be located on top of their hotel and at the service not only of their guests but also of our city. Next year, we will continue with the construction of an indoor aqua park, and it will be one of the largest projects in the region. Our goal is to take the leadership, not only in Serbia, but also in the Balkans and thus become absolutely competitive with the most famous tourist destinations. We owe a great deal of gratitude to the Government of the Republic of Serbia, and especially to the investors who recognized Vrnjačka Spa, as well as to the media, and especially to the Balkan Travel magazine, which recognized the Spa as the theme of the New Year’s edition and immortalized everything that is beautiful in our city” – concluded Boban Đurović.

The famous journalist Živorad Žika Nikolić, who was born in Banja, where he began his journalistic career, also spoke about Vrnjačka Banja.

“It is a special honor for me to address you because I carry Vrnjačka Banja in my heart and wherever I go, I turn to Vrnjačka Banja. I finished high school there, I started working as a journalist in Vrnjačka Banja and today I have a good relationship with the people in Banja. I am happy that in recent years the spa has gained the real shine of the great, most beautiful spa in Serbia,” said a well-known journalist.

“In an interesting way, we presented everything that awaits Vrnjačka Banja in the coming period and everything that is synonymous with Vrnjačka Banja today. Through our articles, readers will find out why Banja is actually the queen of Serbian tourism. I am sure that they will enjoy getting to know this tourist center in the way we saw and experienced it”, Konićeva concluded.

The promotion was opened by the opera diva Ljubica Vraneš, a soloist of the Belgrade Opera, and the event gathered a large number of celebrities, hoteliers, representatives of the economic and public life of Serbia.

This fifth issue of Balkan travel magazine is available at newsstands throughout Serbia, Montenegro, Bosnia and Herzegovina and North Macedonia.