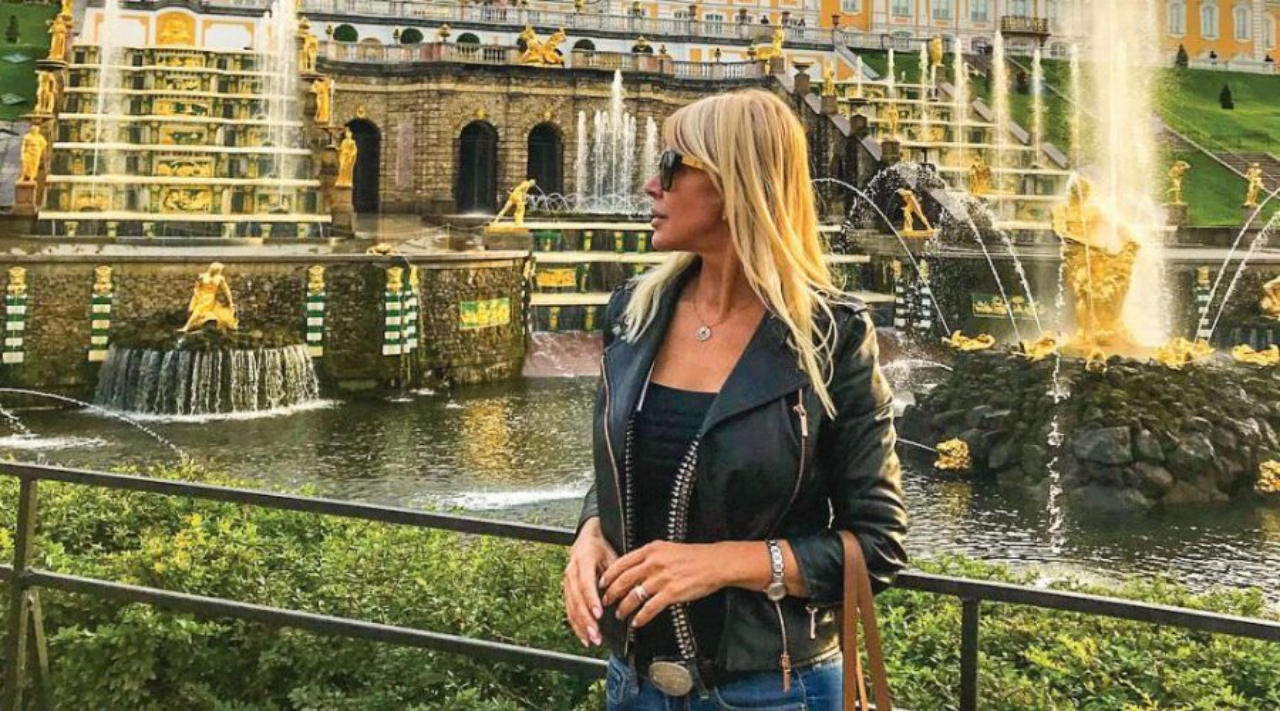 This autumn I visited St. Petersburg a few times. My daughter Dunja, a scholar of the Government of the Russian Federation, enrolled in the economics studies at the Saint Petersburg State University, so I would travel occasionally on weekends to a city where I feel almost like at home. It was unusual to be a tourist, and yet have to do everyday tasks such as grocery shopping, and taking care of a small apartment we rented there. 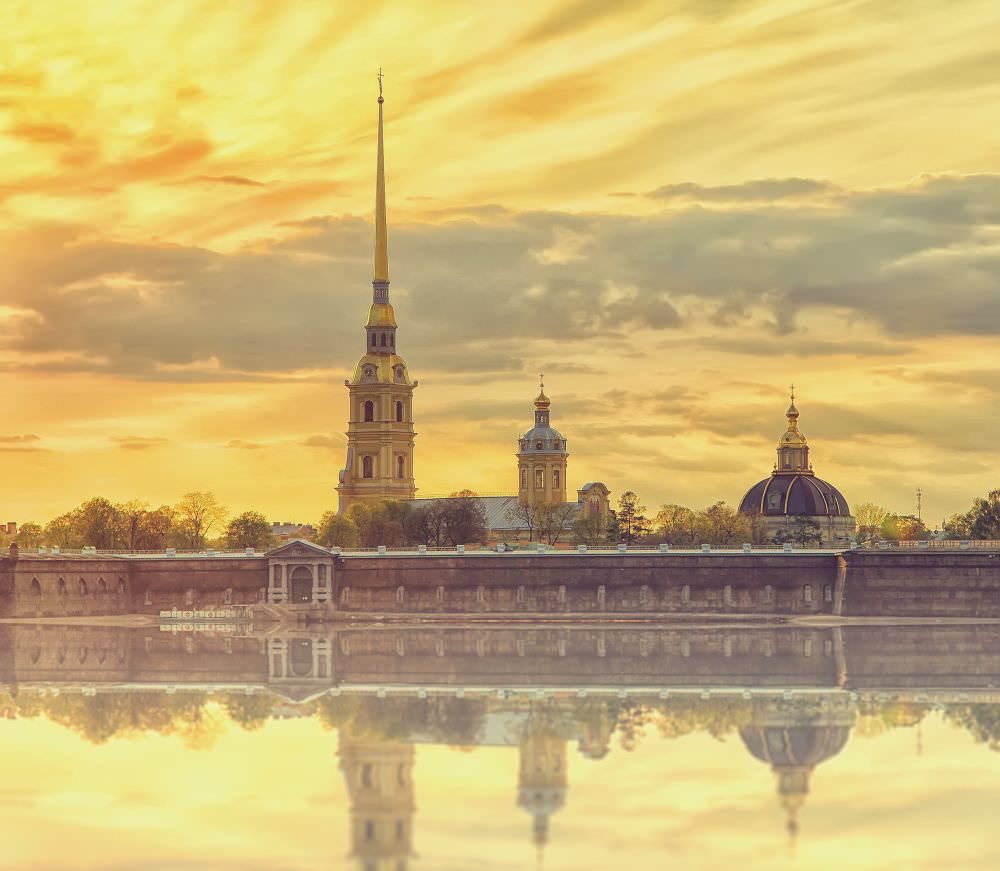 Whether you know it as the “northern capital” of Russia, since it had been the capital of Russian emperors for two centuries, or as the “Venice of the North,” Peter, as it is called by its inhabitants, is one of the most beautiful cities in the world. Wherever you go, something new is waiting for you. Not only a few hundred bridges over Neva, more than 200 museums, 80 theaters, 2,000 libraries, hundreds of concert halls and galleries, but also its people who show the everyday life in Russia and the small art works all around. You’ll attend mini-concerts of rock bands on the Nevsky prospekt, listen to the musical performances of soldiers who collect help for the families of those killed in wars, see young men and women walk in front of the Hermitage in medieval suits and dresses, and learn Russian history on lectures in passageways. 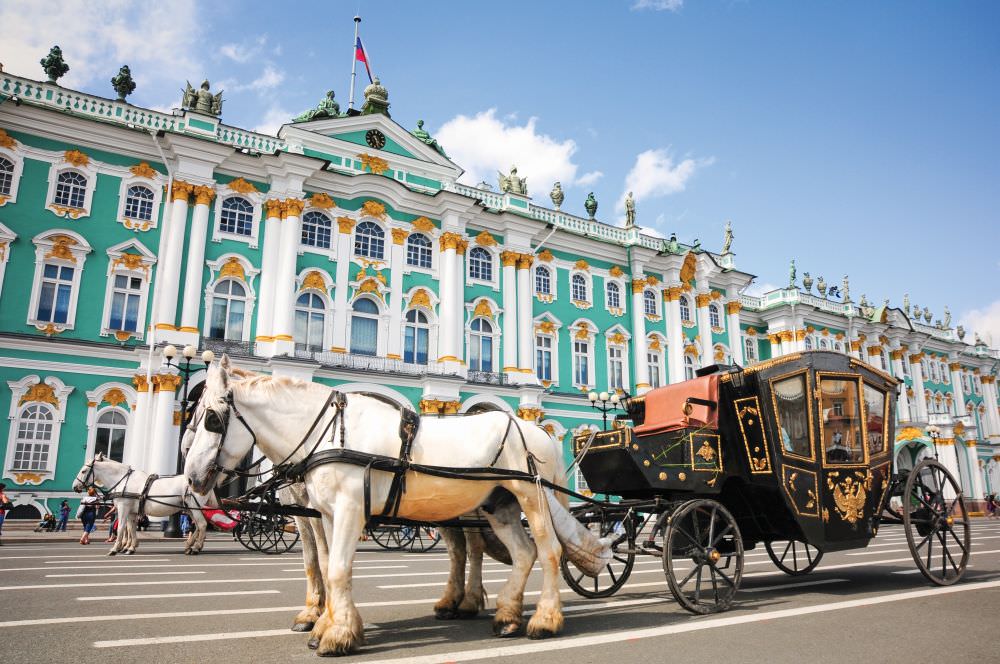 I got to know the city and its most important sights by walking, taking a taxi or the subway. The State Museum of Hermitage is one of the largest, oldest and most beautiful world museums. It is estimated to take eleven years to see all of its showpieces. I spent only one day in this magnificent place, but enough to be completely mesmerized by unique artwork. Since 1764, when Empress Catherine the Great purchased a collection of 255 artistic paintings from Berlin, to date, the museum fund has grown to three million art pieces from all over the world and all historical epochs, from ancient Egypt to European art of the 20th century. The works of Michelangelo, Leonardo, Rubens, Rembrandt, Van Gogh, Picasso are just a part of its rich treasury.

Walking on the Nevsky Prospect, a five-kilometer-long boulevard, it’s impossible not to notice the beautiful church of the shed blood of Christ, the most important Russian Orthodox church, which was built at the site where Russian emperor Alexander II was killed in the late 19th century. The luxurious interior and the preserved piece of stone where the emperor’s blood was shed, attract tourists from all over the world. 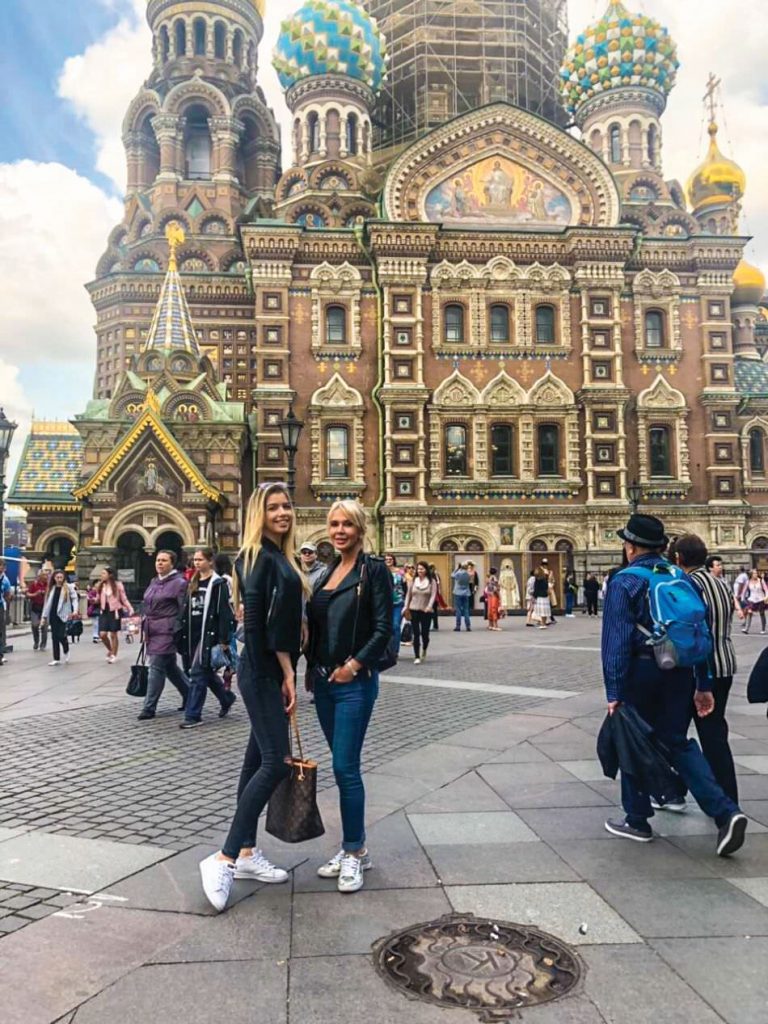 Out of the churches that represent a faithful witness of Russian tradition and history, the Petropavlovskaya left a special impression on me. It is located in the fortress under the same name, under the protection of UNESCO on the island of Zayachi, surrounded by Neva. It contains tombs of almost all Russian emperors, from Peter the Great to Nikolay II Romanov. Tsar Nicholas II and his family were buried in that holy place only a few years ago, after DNA analysis confirmed the identity of the remains found in the forest near Yekaterinburg, where the Bolsheviks burned the remains of the Imperial family after they were brutally murdered in the basement of the house in which they were imprisoned. I was very shaken by this story.

One sunny afternoon I went on a tour of the park and the castle of the Peterhof complex, located around twenty kilometers from St. Petersburg, also under the protection of the UNESCO. It’s not too crowded in the autumn in front of the former imperial residence, which is also known as the Russian Versailles, with magnificent golden fountains in the middle of the park, so you’ll enjoy the beauty of nature in peace and the water that breaks down from the top of the Great Cascade, the largest fountain in the world. In October the fountains are turned off and the complex closes with a huge ceremony, attended by thousands of people. 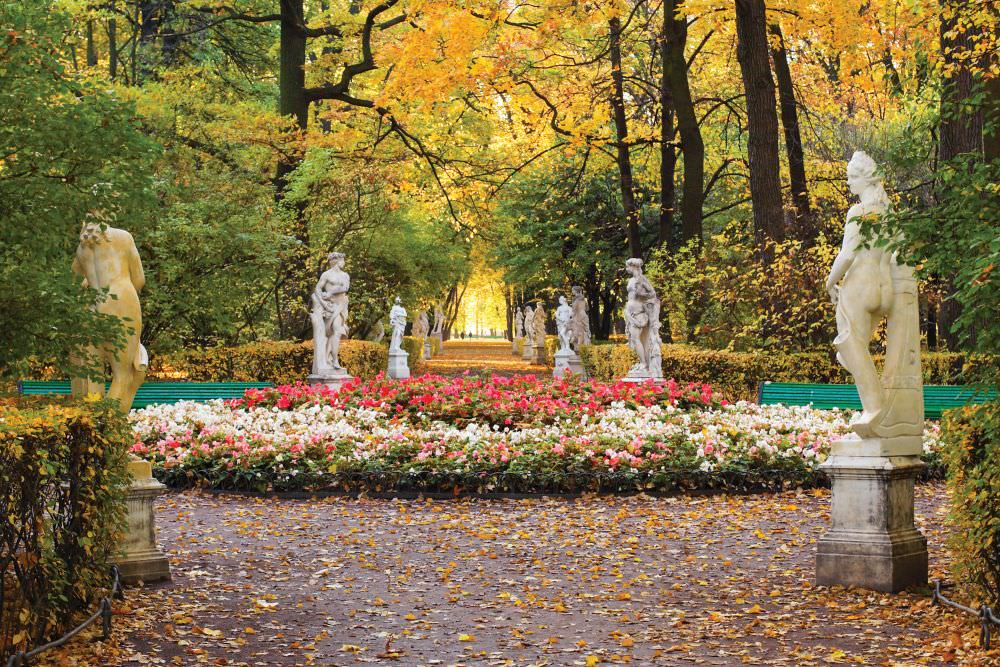 A café with a turbulent past

The Nevsky Prospect is full of restaurants with great kitchen. The literary café is a place where you can order fantastic food and enjoy its history. Story has it that the poet Alexander Pushkin ate his last meal here before he was killed in a duel with Dantes, a French nobleman who allegedly liked Pushkin’s wife Natalia, the beauty of the Petersburg elite.

I spent a wonderful evening at the Mariinskiy Theater, the former Imperial Ballet House, and today one of the most famous opera and ballet houses in the world. Verdi’s opera Aida and the amazing scenic effects left a powerful impression on me. It was similar in Alexandrinskiy Theater where I watched “The Swan Lake”, the best performance of this ballet as far as I know. 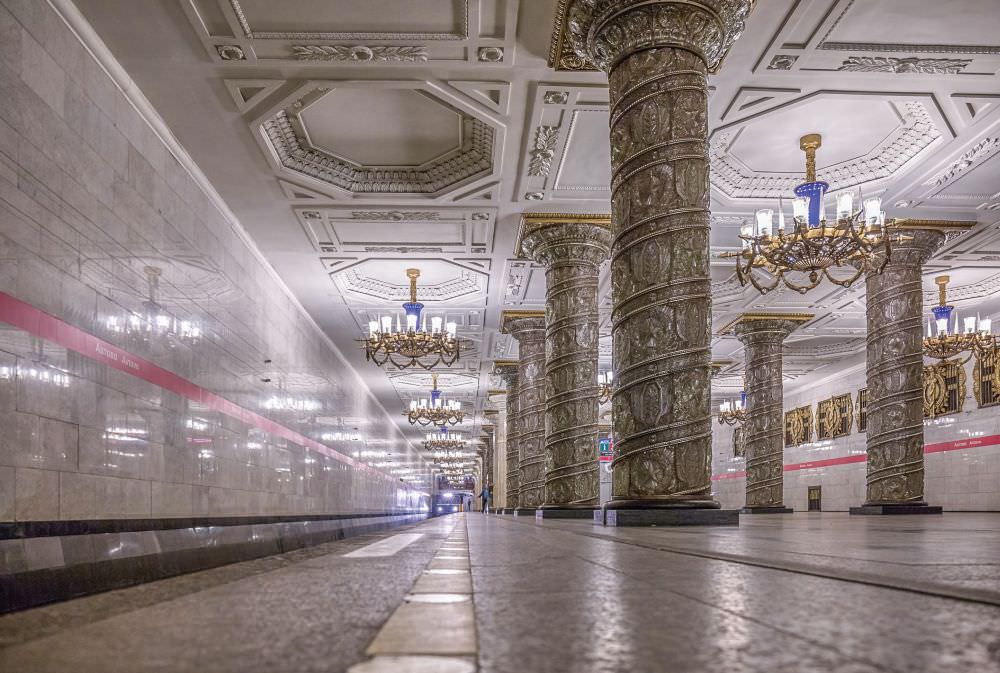 Lunch with a blanket

Lunch at the ultra-popular Birch restaurant, where the place was booked a few days in advance, was something special for me. Not so much because of the unusual sweet-salted meals and vibrant portions, but because of the interior and the fact that Dunja and I dined in the kitchen of the restaurant. While the chef cuts and decorates dishes in the air-conditioned kitchen where you are covered with a blanket, you enjoy the gastronomic art,  happening before your eyes.

You can also enjoy excellent dining at Russian restaurants Stolovaya, located at every step. A large selection of cooked meals, the Russian soup borsch, sweets – all for very little money compared to other places. 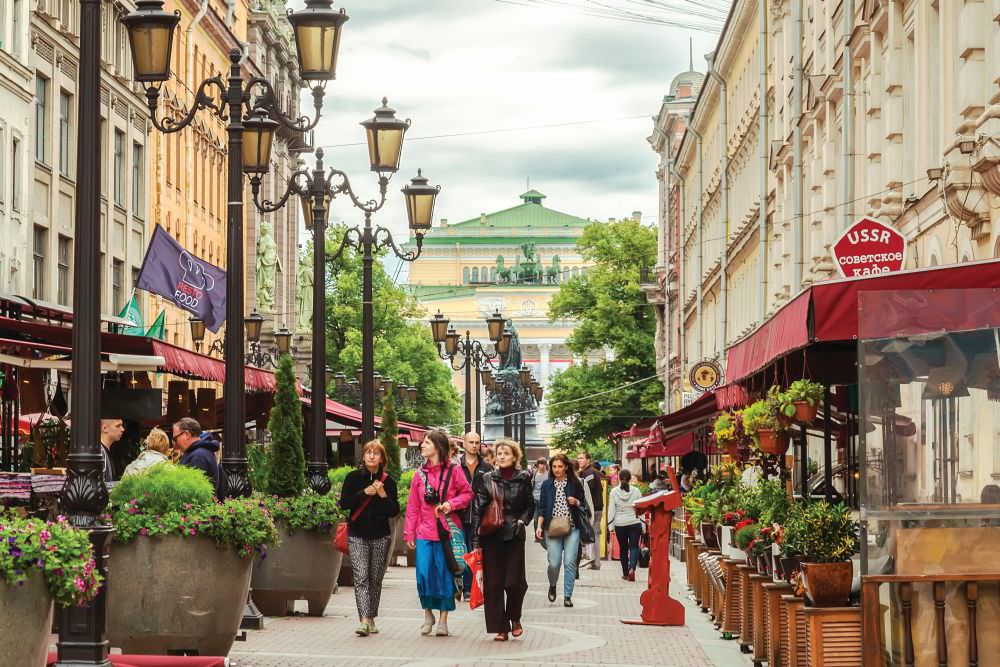 The most popular shopping center, Galleria at the Ligovskiy Prospekt, offers expensive designer items, as well as some Russian, Spanish and Polish brands for significantly lower prices. On the Nevsky prospect, I enjoyed looking at souvenirs, famous matryoshkas, Alyonka chocolate and other little things. In supermarkets, you can buy food similar to ours  for similar or even more favorable prices. Here, you’ll find the famous Russian vodka, incomparably cheaper than in the airport shops. 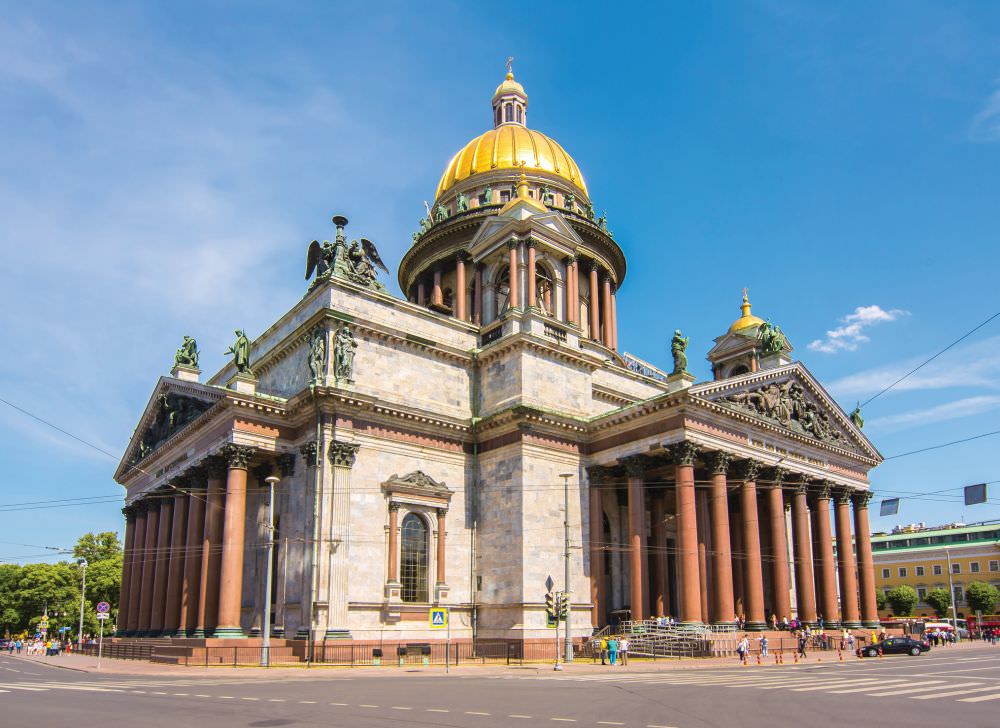