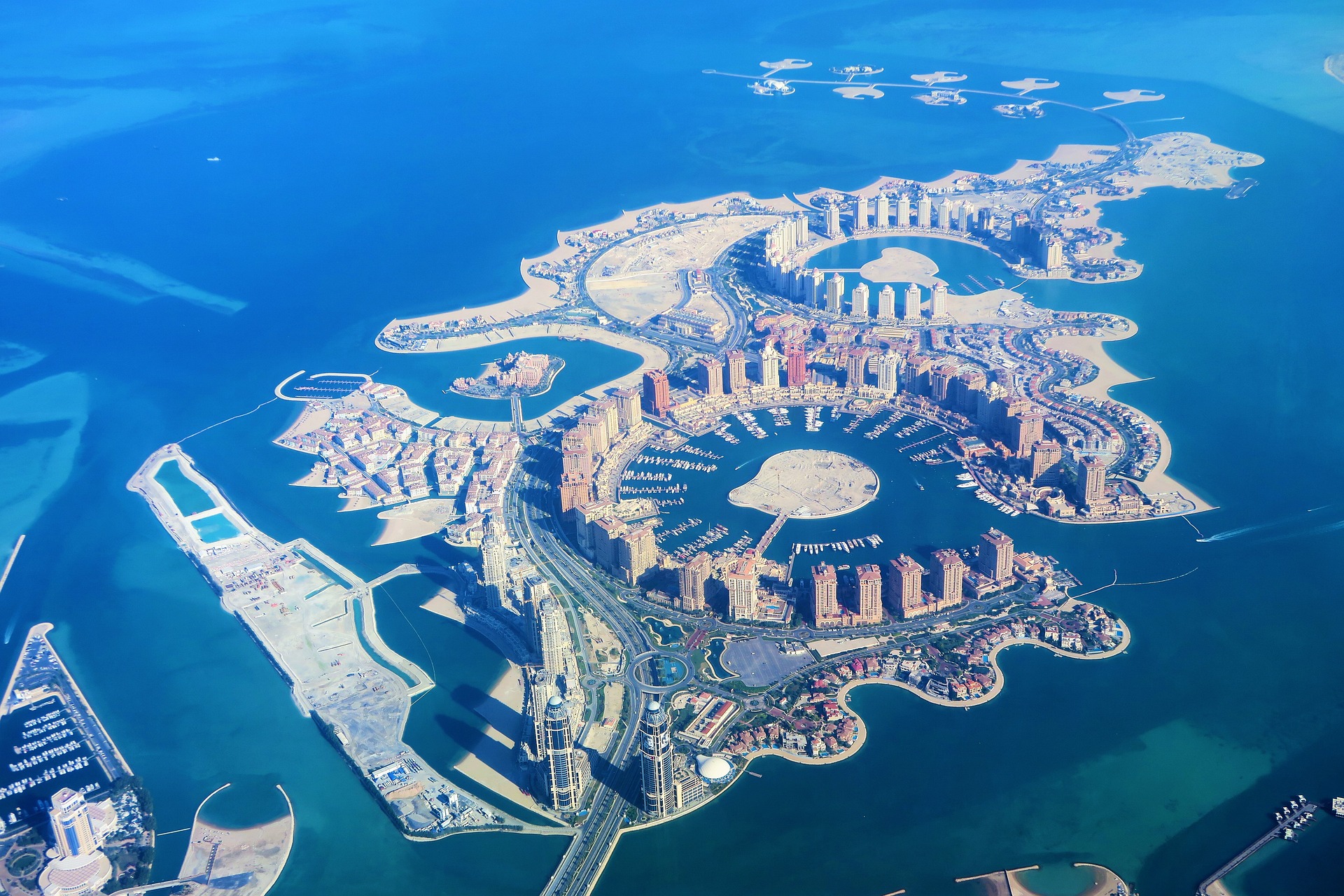 Qatar’s big news in 2022 is that it’s the host country for the World Cup, but visitors to this small Persian Gulf country during any time will find plenty to explore. Doha is a cosmopolitan city with world class entertainment, luxury hotels, international shopping malls, and restaurants serving cuisine from every corner of the globe.

Doha is a growing cruise port and destination in its own right. Visitors here can stay inside the city, where the majority of Qatar’s population lives, or they can venture out onto the Persian Gulf or into the desert for a safari among the sand dunes or a ride on a camel.

Check out Qatar Tourism to learn more about visiting Qatar.

Fanar
Also called the Spiral Mosque, the official name is the Sheikh Abdulla Bin Zaid Al Mahmoud Islamic Cultural Centre. Non-Muslim visitors can attend Friday prayers in English, and learn about Islamic and Qatari heritage, including traditional Qatari society and culture while sipping a cup of traditional coffee. Fanar is conveniently located near the Museum of Islamic Art and Souq Waqif.

Souq Waqif
Souq Waqif is a popular attraction in Qatar’s corniche. An open-air market in the traditional Arabic style, the vendors sell everything from Qatar souvenirs to nuts, fruit, spices, and other household goods for local residents doing their weekly shopping. There’s also a falcon souq where visitors can learn about falconry (a popular pastime in the region) and even pose for a photo with a falcon.

Khor Al Adaid Beach
Many of the desert safari tours end at Khor Al Adaid Beach after a long trek across the sand dunes in the south of the country. One of the only parts of the world where desert directly meets the ocean, it’s a great place to take in a sunset to celebrate the end of another exciting day in this fascinating country.

Guests can learn about the natural flora and fauna of the desert (and the building shape itself takes inspiration from crystalline formations known as the desert rose), including both extinct and extant species such as the oryx, the longhorned ungulate that is a symbol of the country. Visitors will also explore the history of Qatar’s people, from nomadic desert existence to shoreside pearl diving communites, and the development of oil extraction in the mid 20th Century.

Katara Cultural Village
The Katara Cultural Village, taken from an older name derivation of Qatar, is located next to The Pearl. Home to spectacular mosques (including one designed by a woman), a waterfront amphitheater, beach area, and shopping, this central area of Doha should be a stop on every traveler’s itinerary.