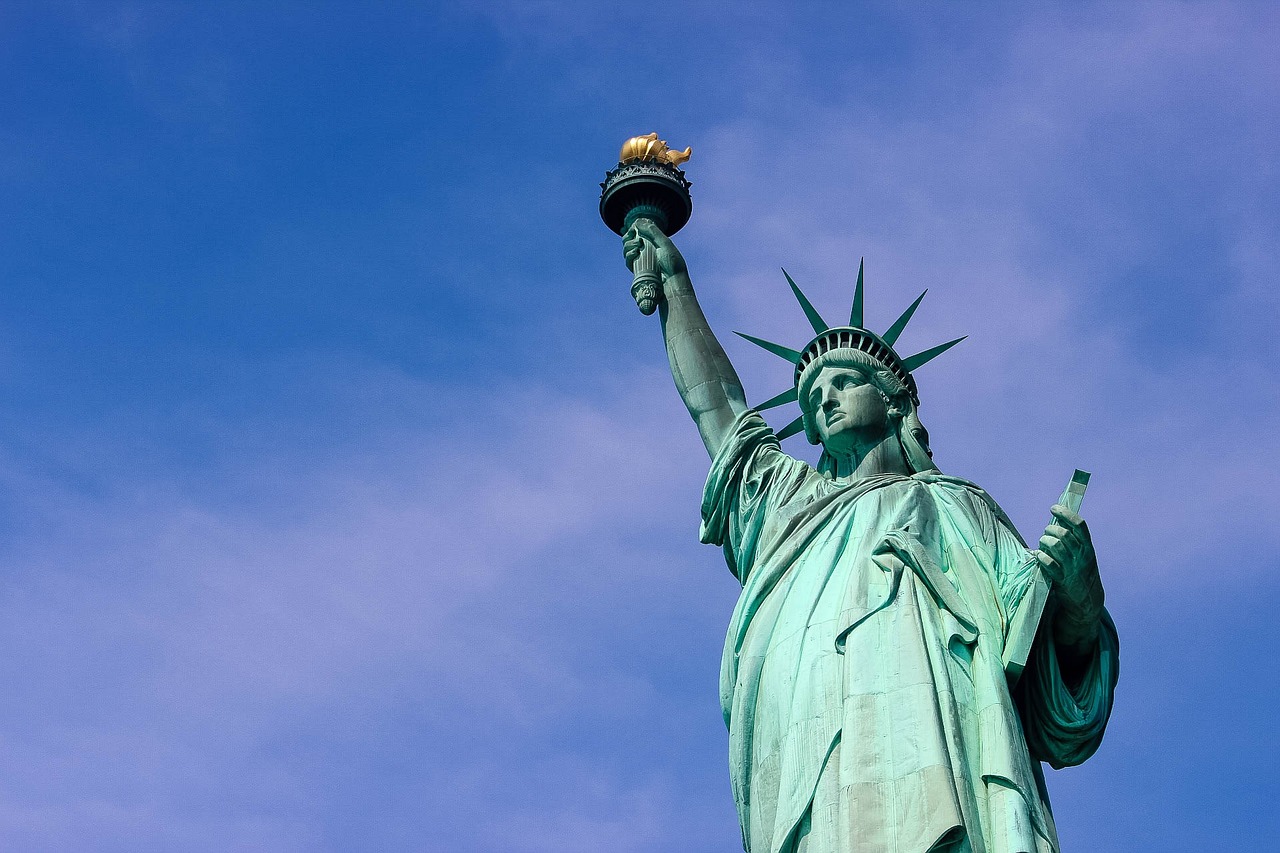 If someone told you that the “Liberty Enlightens the World” monument is excellent, you would probably think twice and ask which monument your interlocutor is referring to. However, if he told you that he was referring to the lady holding a torch and greeting New Yorkers and their guests, you would quickly realize that this is the official name of the widely known “Statue of Liberty”!

Although it is located in the Big Apple, it did not originate there. Moreover, it was not created in America at all, but in France, and the French gave it to the Americans for the 100th anniversary of independence at the end of the 19th century. The statue was made by Frederic Bartoldi, and the interior with an iron structure was made by the company of Gustave Eiffel, who entered history thanks to the tower of the same name.

At one point, its production got stuck, for no other reason than finances, but, luckily, it continued anyway. In 1886, it was ceremonially unveiled at the mouth of the Hudson River, and the ceremony itself was led by then US President Grover Cleveland. Over time, it gained enormous symbolic importance, considering that it became the first symbol of the USA – and the immigrants who arrived in America by ship in the late 19th and early 20th centuries will see this as well.

The statue itself is 46 meters high, but with the pedestal it rises to 93 meters. It weighs more than 200 tons, and on its head it wears a crown of seven branches that was inspired by the crown of the Colossus of Rhodes, one of the seven ancient wonders of the world. Due to its great importance, it has been on the UNESCO World Heritage List since 1984.

Starije objave EVERYTHING YOU NEED TO KNOW ABOUT DOHA: FROM A FISHING VILLAGE TO A WORLD METROPOLIS
Novije objave LIFE ON THE EDGE: Ronda – a city spread over two cliffs