THE HOTEL WHERE PINA COLADA WAS CREATED 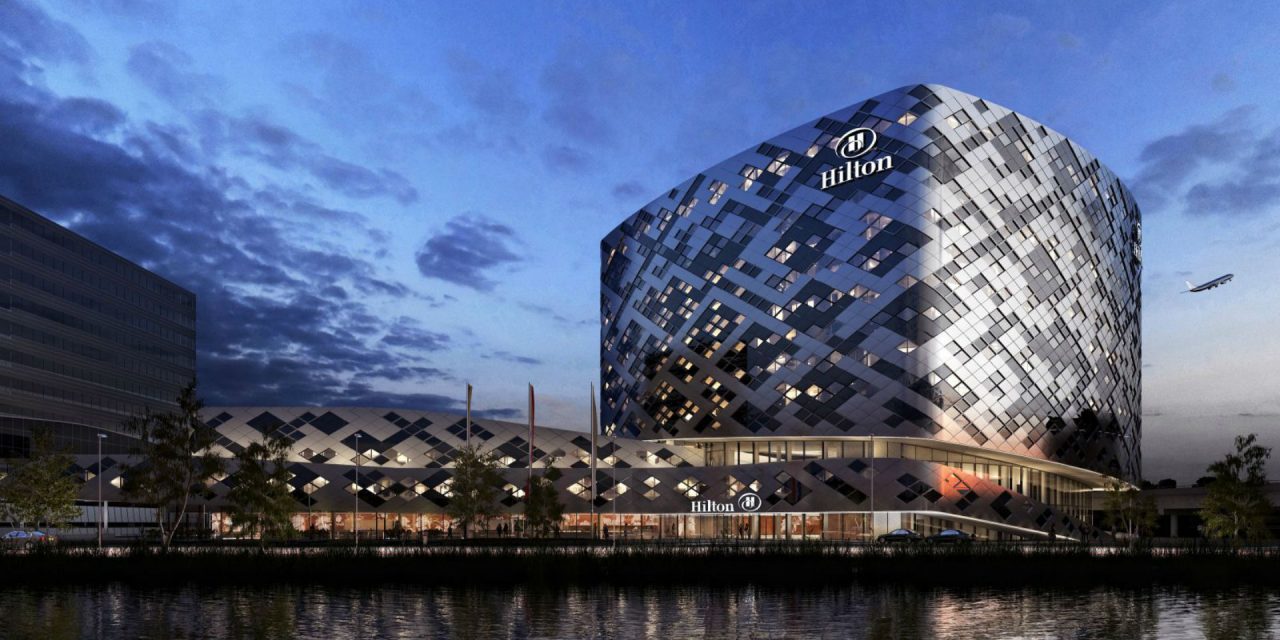 One of the largest hotel chains in the world, the “Hilton Worldwide”, currently holds the impressive 850,000 rooms in over 5,600 hotels and 16 brands spread across the globe in 105 countries. This year, the famous hotel chain is celebrating the 100th anniversary of its first hotel that opened in 1919 in the city of Cisco, Texas. It all started quite coincidentally, when Conrad Hilton decided to travel from New Mexico to Texas to buy a bank. However, the purchase of the bank failed, and he bought a hotel with 40 rooms instead, which began working soon after renovation.

Conrad Hilton was born in 1887 in New Mexico, which at the time was a by-pass station for many travelers. At the age of 20, Hilton recognized the potential of profiting off of this, so he started renting rooms in his family home, preparing and serving food for travelers. His interest in catering and excellent organization skills soon led to the development of a hotel business, so Hilton continued to buy and build hotels across Texas. The Great Economic Crisis of the 1930s reflected on his business greatly, and led it to the brink of bankruptcy. However, he somehow managed to overcome the crisis and in 1939, 20 years after the first opening, the hotel Andaluz was built in Albuquerque, which was the first one outside of Texas. After this, the Hilton empire slowly began to spread across America, and in 1946 Hilton Hotels Corporation was founded.

The motto applied in his business was “Minimum Charge for Maximum Service”, which is how he would make his hotels – all the space had to be used for commercial purposes. He developed an excellent system of financial control and there was no surplus of employees in his hotels. His management principles helped him create a huge empire, and many of his rules are still applied in hotel industry.

Conrad Hilton had constantly improved his hotels in every aspect to provide the ultimate pleasure. The Roosevelt Hilton was the first hotel in the world to have a television set in its rooms in 1947. Hilton’s hotels also first introduced a reservation system via telephone and telegram, room service and rooms with air conditioning. The famous Pina Colada was created in the Hilton Puerto Rico in 1949, as well as a new branch of the empire called “Hilton International Company”.

The Hilton empire evolved from year to year; the famous New York-based Waldorf Astoria was added to it, and in 1954, the famous chain Statler Hotels was bought for a whopping $111 million. This purchase was the priciest deal in the world at the time.

Ten years later, “Hilton International Company” became the property of “Trans World Airlines”, but Conrad Hilton remained president. Another innovative idea first applied in 1974 at the Hilton Hotel in Hong Kong, was setting up a mini-bar in all 840 rooms. This concept was quickly taken over by many, so today the mini-bar is an integral part of every hotel room. Until his death in 1979, Conrad managed his hotels that were known all over the world for their glamour and luxury. After Conrad’s death, his son Baron Hilton took over the empire, and created another new hotel chain called “Conrad Hotels” in honor of his father. The split parts of Hilton International Company and Hilton Hotels Corporation reunited in 2006, after which the company changed its name to “Hilton Worldwide”, which is still known today.

Today, the Hilton hotels are generally 5-star and a synonym for luxury. The Hilton Belgrade was opened on March 1, 2018 – it is a five-star hotel with 242, 19 apartments and 8 floors, making Serbia one of the 105 countries where Hilton is located.

Starije objave A DELICACY ADORED BY THE WHOLE WORLD
Novije objave A TOUR OF THE 1.400 ROOMS OF THE VATICAN MUSEUM
Most read
Win a Prize