An insight into Mexico’s Day of the Dead unique celebration 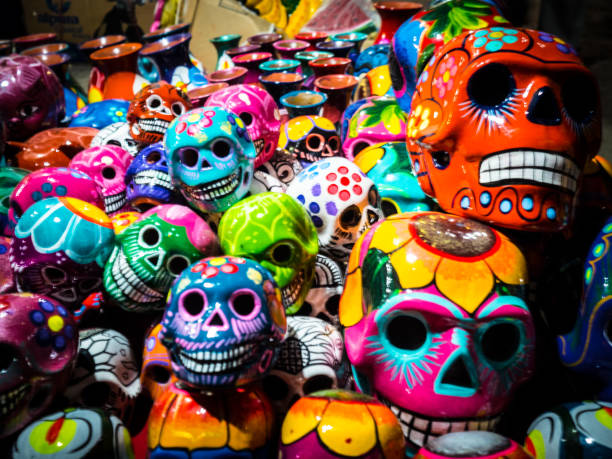 Every nation tries to maintain a spiritual connection with their loved ones, who have passed away, but it seems that the Mexicans have gone a step further, so we can safely say that they laugh in the face of death. Every year in the period from October 31 to November 2, the Day of the Dead, or Dia de los Muertos in Spanish, is celebrated, when street carnivals are organized and families go to the cemeteries of their loved ones who are no longer alive.

The roots of this holiday date back to the Aztec period, when the sun god was celebrated, so death was understood as a sacrifice for the deity. Later, the Catholic Church adopted and modified this holiday, connecting it with the sacrifice of Jesus Christ and the basic tenet of Christianity, according to which the body is perishable and the soul is immortal. The Day of the Dead, or the holiday of the dead, can also be associated with the Mexican revolution that took place at the beginning of the 20th century, so the doctrine of dying for ideology brought this holiday closer to the working class.

How is the Day of the Dead celebrated?

Given the fact that the festival lasts for three days, on November 1 families go to the cemeteries of deceased children and that day is dedicated to the Little Angels, or angelitos in Spanish, when grave sites are decorated with balloons, sweets and toys.

All Souls’ Day is celebrated on November 2nd, dedicated to adults who have passed away. Then the deceased’s favorite food and drink are brought to the grave, and usually candied pumpkin, sugared sweets in the shape of skulls, as well as a special type of pan de los muertos bread, which is a kind of bun with sugar, are brought to the grave. Among the drinks for the Day of the Dead, the traditional drink from this area is pulka, and among the flowers is the Mexican marigold, which is believed to attract the souls of the dead. The family also brings photos of the person who is in the “other world”, and it is not uncommon for them to spend the whole night at the cemetery.

A special curiosity is the cheerful colors and drawings on the monuments, which are definitely something you should not miss if you decide to visit this South American country.

Cult of the world Death

This cult, called La Santa Muerta in Spanish, is actually the patron saint of the lower class, popular among the poor and criminals, and banned by the Catholic Church. It is actually part of the society of the forgotten, so the objects that the followers leave next to the cult of a female skeleton dressed as a saint with hair in hand and flowers on her head are also unusual. So rum, tequila, cigarettes, but also flowers and sweets can be found on the altar.

The actual celebration of this holiday begins with the carnival on November 31. Locals, as well as tourists, draw skull bones on their faces and dress in cheerful colors, while decorating their heads with wreaths of fresh flowers. The entire procession is accompanied by live music and a good atmosphere.

Where else is the Day of the Dead celebrated?

Honoring the dead with a positive memory of their life is also celebrated in Brazil, Ecuador, Peru, Guatemala, Asia and Oceania. When it comes to our country, the closest holiday is Remembrance Day, when the family goes to the cemetery and with candles, food and flowers pay respect to their loved ones, who are no longer with us.

Starije objave The oldest airline in the world celebrated its 103rd birthday
Novije objave MEETING WITH WINTER: ADRENALINE ON THE SNOW