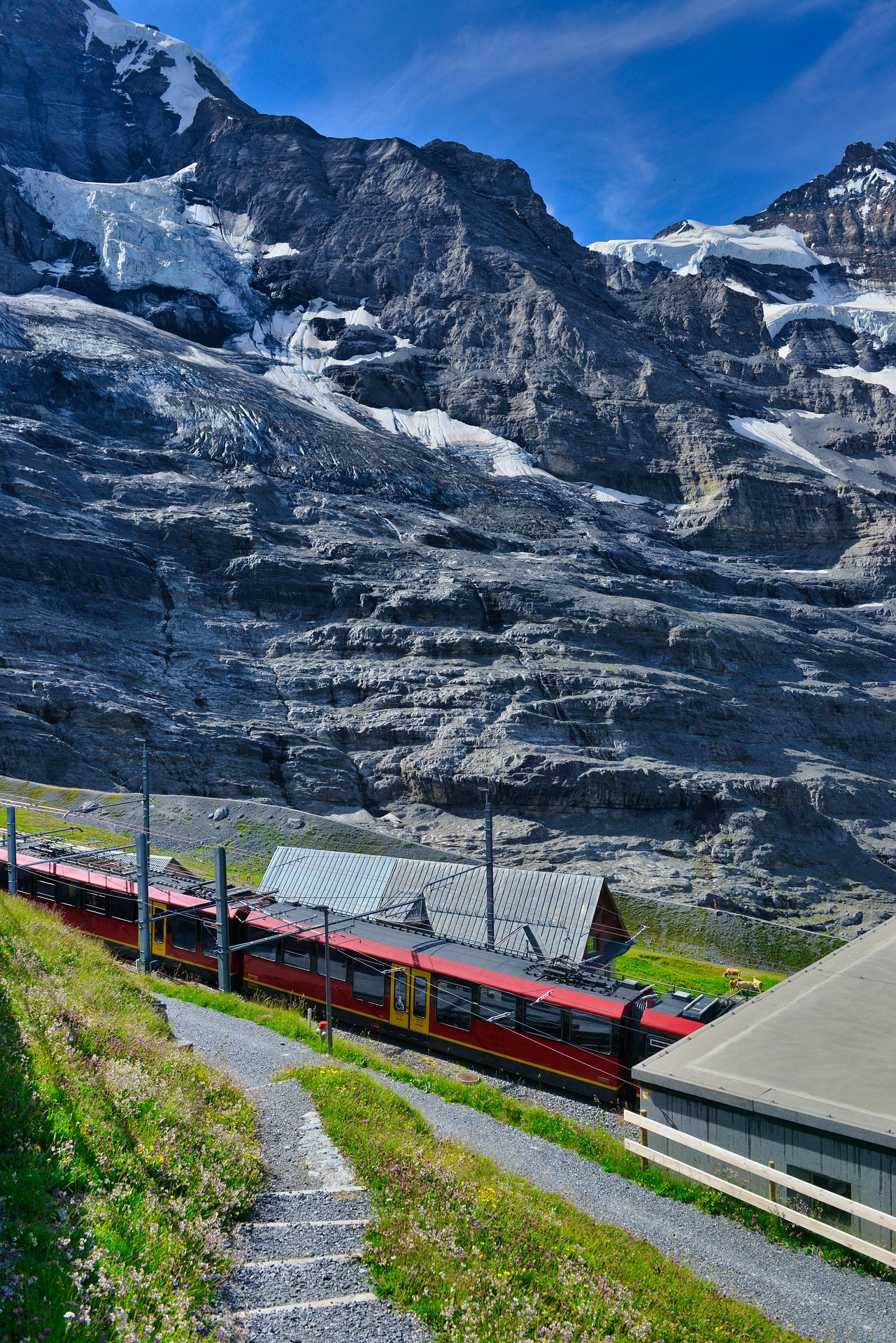 A Swiss railway company has claimed the record for the world’s longest passenger train on the weekend, with a trip on one of the most spectacular tracks through the Alps.

The Swiss train was comprised of 100 carriages measuring a total length of 1.9 kilometres.

With dazzling sunshine reflecting off its shiny, silver roof — and with a digital destination sign on the front reading “Alpine Cruise” — the train carried 150 passengers.

For comparison, an average Sydney passenger carriage is about 20 metres in length — in a typical, eight-carriage train, that’s just over 160m, including space for the driver.

The Swiss world record train was almost 12 times that length — or about the length of three and a half Boeing jumbo jets.

The train ran the along the Albula-Bernina route from Preda to Berguen, which is located about 172 kilometres south-east of Zurich.

Its nearly-25-kilometre route was added to the UNESCO World Heritage list in 2008.

Taking about an hour, the train’s journey led through 22 tunnels, some of which spiral through mountains, and across 48 bridges, including the curved Landwasser Viaduct, which towers 65m above the ravine below.

Thousands of rail enthusiasts lined the valley to watch the train’s sections wind their way through the Alps.